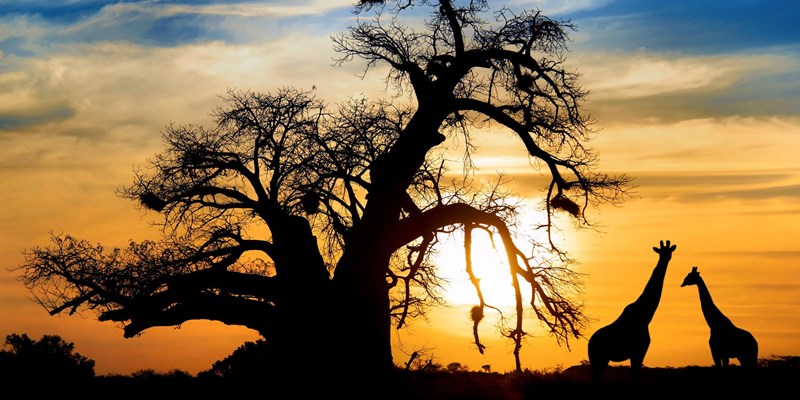 Once again I was in love with the surroundings and just being by myself and spending some quality family time. Going for 6 days without wi-fi is something I really recommend doing because it really helps you reconnect with the real world. When we were out for the game drives, it was serene. The wind and the beauty of all things natural made me feel one with the world. We also met with some of the people from local tribes like the Bushmen and River tribes. These people were our guides and really taught us a lot about how the tribal men spend every day living in the heart of isolation and in pure nature. The plains of Botswana were vast and rich with life due to the water provided by the delta. We saw a lot of lions, including their cubs, wild dogs hunting and many more of the animals available to see and in the end we were sad when it was time to leave. Being in Botswana gave me a different perspective and it taught me how precious the environment really is. We as citizens of the world have to protect it or we might lose it all together. I really recommend taking a trip there so you can relate better to what I am saying and in my eyes, Botswana is an absolute jewel worth protecting.

Some important National Parks of Botswana-

Chobe National Park is Botswana’s first national park, and also the most biologically diverse. Located in the north of the country, it is Botswana’s third largest park, after Central Kalahari Game Reserve and Gemsbok National Park, and has one of the greatest concentrations of game in all of Africa.

Moremi Game Reserve is a Game Reserve in Botswana. It rests on the eastern side of the Okavango Delta and was named after Chief Moremi of the BaTawana tribe. Moremi was designated as a Game Reserve, and not a National Park, when it was created. This designation meant local people, the BaSarwa or Bushmen that lived there were allowed to stay in the reserve.

Central Kalahari Game Reserve is an extensive national park in the Kalahari desert of Botswana. Established in 1961 it covers an area of 52,800 square kilometres (20,400 sq mi) (about twice the size of Massachusetts, and 1/11 of Botswana’s total land area) making it the second largest game reserve in the world.

The Okavango Delta (or Okavango Grassland) (formerly spelled “Okovango” or “Okovanggo”) in Botswana is a very large, swampy inland delta formed where the Okavango River reaches a tectonic trough in the central part of the endorheic basin of the Kalahari. All the water reaching the delta is ultimately evaporated and transpired, and does not flow into any sea or ocean. Each year, about 11 cubic kilometers of water spread over the 6,000- to 15,000-km2 area. Some flood waters drain into Lake Ngami.

Animals- Antelopes, Giraffes, Zebras, Wildebeests, Red Lechwe, Puku, Hippo can be seen in forests of Botswana. Colorful butterflies can be seen in Okavango delta region. Even this delta is full of crocodiles.