Can Turtles swim without flippers? 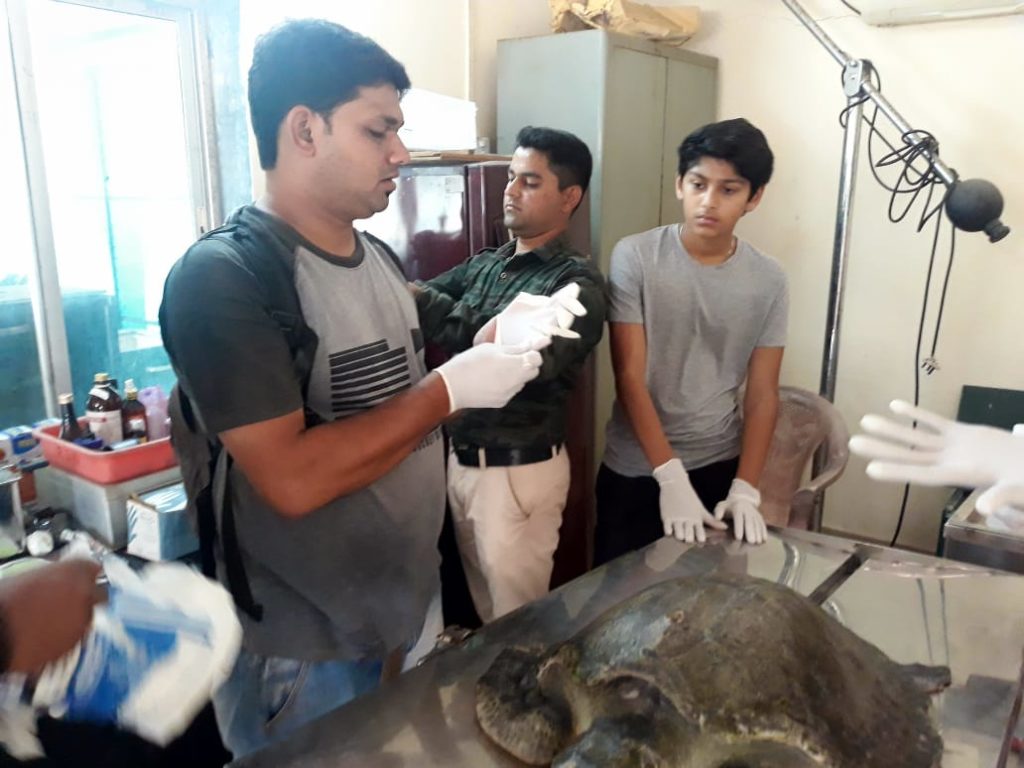 When we say wildlife, most of us imagine Tigers and Elephants… But there is a lot more to wild life than that. It ranges from mundane yellow butterflies that visit our backyards to rarest of the rare species, and in between lies a whole range of insects, birds, reptiles, mammals, amphibians and the entire water kingdom.

And seemingly insignificant specie from this water kingdom is Olive Ridley Turtles. These are the kind of turtles that live on the coasts of India. But their life is not like before since humans have found nylon fishing nets. These unsuspecting Olive Ridley Turtles get caught in fishing nets and while trying to escape seriously damage their flipper.

If the front flipper of a turtle is damaged, it can neither walk nor swim, subjecting it to a painful death by starvation. But just like bad humans ignoring the hurt animals, our planet is full of good humans trying to help injured animals.

One such good human being is Dr. Dinesh Vinherkar. He has invented prosthetic flippers on a trial basis at the Wildlife Conservation and Animal Welfare Association (WCAWA) at Dahanu. He has fitted two such amputated turtles with fiberglass flippers by nonsurgical procedure. He has aptly named these prosthetic flippers as Dahanu Flippers since those were invented in Dahanu.

He says that these flippers are external devices and are being fitted only on trial basis. The turtles respond to it as per their individual constitution. But Namo, the first turtle to get these prosthetic flippers was very happy to have his mobility back. The idea is to fit these flippers for a short period of time under supervision. These flippers help the turtles get back their confidence and they start moving again. This renewed movement strengthens their remaining flippers. It has been observed worldwide that the turtles can survive even if they are left with only two flippers. Thus, these Dahanu flippers help the turtles get back their confidence and fitness. After that the prosthetic flippers are to be removed before letting the turtles go back to the wild. We can not let an animal back into the wild with a prosthetic limb as it can do more damage than help. Any prosthetic limb being an artificial thing can’t be worn forever as it can cause irritation and even wounds. Also, these flippers can only be used for adult turtles whose flippers have stopped growing.

Little Planet Foundation proudly says that it has contributed to the cause by donating Rs.75000/- to this project. This is money will be used by Wildlife Conservation and Animal Welfare Association (WCAWA) for purchasing medicines for wild animals and some necessary instruments. This money was raised by Aryaman Darda, the first citizen of Little Planet Foundation. He also worked closely with them for a week to really understand the problem and to see how the solution worked.