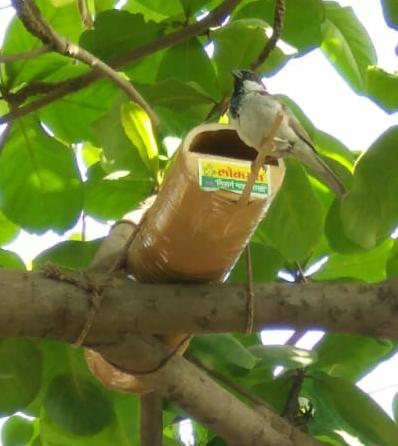 Disappearing sparrows is one the major concerns for urban residents. Many adults of today have grown up listening to the call of sparrows every morning and evening and yet their youngs can’t even identify a good old sparrow.

Many of them said that it was there young kids who insisted on doing this activity. It was the youngsters who kept watch over these nests and protected them from predators like cats and big birds.

As a result, Solapur now has two hundred more sparrow nests than there were four months ago. More than two hundred sparrows built nests and started families in these nests. Almost an entire generation of sparrows was raised in these houses. People are keeping grains and water for them.

An initiative was started Solapur Lokmat and now humans are doing everything to correct the wrongs done by their species.