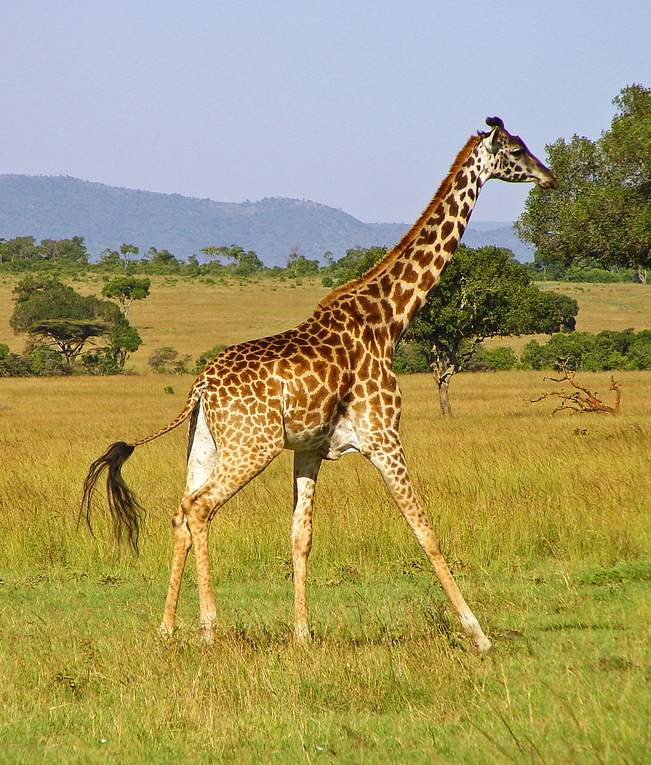 Tushar Kulkarni
Giraffes are the tallest terrestrial animals and the most fascinating creatures known to mankind. Giraffes are found throughout sub-Saharan Africa. They usually inhabit the savannas, grasslands, open woodlands and also found in dry areas (like the deserts in Namibia).Their height can be as tall as 18 feet and can weigh up to 1200 Kilograms. Their long necks are considered an evolutionary marvel which allows them to feed on the top of the trees. They have a 19-inch prehensile tongue which they use to skilfully pull the leaves from the thorny plants. Giraffes are known to consume 34 kilograms of foliage in a day. They get most of the water from all the plants that they eat. Giraffes are known to be social animals. They live in herds and travel together for protection. Males and females seldom indulge in a ritualized fight called necking to establish dominance and also to get a chance to mate.

Giraffes have a gestation period of about 15 months. Mothers are known to return to the same place to give birth where they were born. Mothers will also form nursery’s called crèches and take turns to look after their calves. African lions, hyenas, leopards, and crocodiles are their main predators and would mostly attack giraffe calves. Only about 50% of giraffe calves survive the first year. It was widely accepted and believed that there is only one giraffe species. However, research published in 2016 by Giraffe Conservation Foundation (GCF) has revealed that there are 4 distinct giraffe species and not one. Masai, Reticulated, Northern and Southern giraffes are the 4 classified giraffe species and can be differentiated with their coloration and patterns on their body. Okapi is the only closed living relative of the giraffe, which is found in the rainforests of the Democratic Republic of Congo.
Over the last 3 decades, giraffe numbers have plummeted in Africa by a staggering 40%. In 7 African countries, giraffes have already gone extinct. In 2016, the IUCN Red List of Threatened Species has listed giraffes as ‘Vulnerable’ to extinction. Habitat loss, degradation, fragmentation, and poaching are the main reasons for their declining numbers. Currently, there are less than 100,000 giraffes remaining in Africa.

World Giraffe Day (WGD) is an exciting annual event initiated by Giraffe Conservation Foundation(GCF) to celebrate the longest-necked animal on the longest day or night (depending on which hemisphere you live in!) of the year – 21 June every year. This year (i.e. 2018) we will be celebrating 5th “World Giraffe Day”.

World Giraffe Day is not only a worldwide celebration of these amazing and much-loved animals, but an annual event to raise support, create awareness and shed light on the challenges giraffe face in the wild. Zoos, schools, NGOs, governments, institutions, companies and conservation organizations around the world host events on 21st June every year to raise awareness and support for giraffes in the wild. With less than 100,000 giraffes remaining in the wild, the time is right to act NOW!