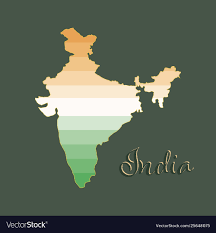 There are such lesser known animals all over the world. Some are so lesser known that even researchers have seen them only four times in the wild. However, this is a list of lesser known animals of India. They make up an interesting read because India has a rich biodiversity. It has a variety of terrain and a range of climatic conditions. Therefore a variety of wild life thrives in India. We know about tigers, lions, bisons,  leopards, peacocks and elephants! That is what we visualise whenever someone mentions wildlife in India.

But have you ever heard of Honey Badger or Binturong? Are they herbivorous or carnivorous? Do they roam about in daylight or are they nocturnal? What kind of habitat do they like? Do they live in dessert or wetlands? Do they like high altitudes in the Himalayas or do they prefer coastal regions like Kerala?

It is indeed interesting to know about animals, and even more so if they are lesser known!