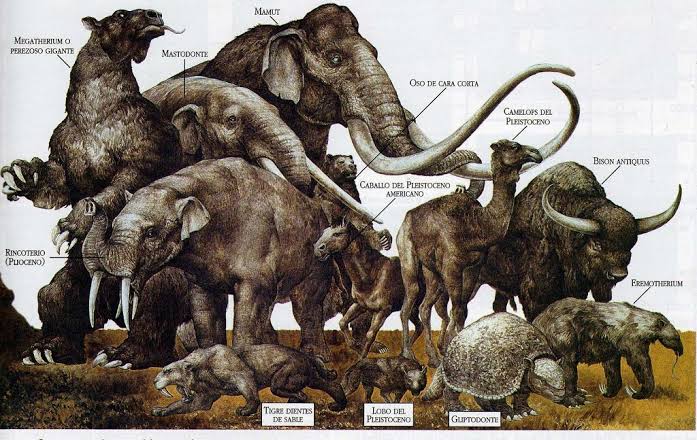 But there are some animals that are in a different league. They are called the Megafauna, literally meaning the large animals. When we know the meaning, we instantly think of some big animals like elephants and hippopotamus. But there are more than one weight thresholds to determine which animals fall into this category. Some thresholds will also include some seeming smaller animals as white tailed deer and red kangaroos. But the other threshold may include fewer species.

But when we look at the history of the megafauna, we realise that the largest animals have become extinct hundreds of years ago. We watch films like Jurassic Park and we find it thrilling, but there were animals larger than the largest dinosaur.

More can be found about these huge animals on the links given below.