Why Are Flamingos Pink? 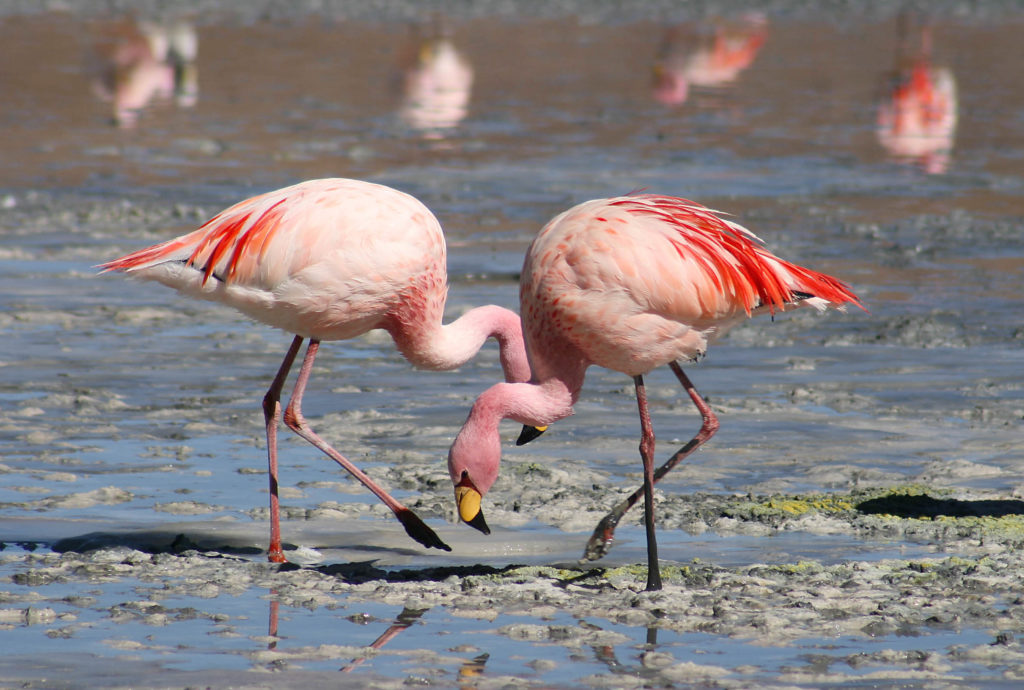 Flamingos are beautiful pink-feathered birds with long legs that are found in America, Asia, Africa and parts of southern Europe. The name ‘flamingo’ is derived from the Portuguese/Spanish word ‘flamengo’ which closely translates to ‘flame-coloured’ – appropriately describing their vibrant feathers. Spotting a flamboyance of flamingos is truly a picturesque site as their stunning pink feathers perfectly contrast the dark blue waters. The colour of flamingos is not only visually pleasing but also has a fascinating reason as to why it is pink. Find out more about it here.

Why Are Flamingos Pink?

Pink feathers are not a hereditary trait in flamingos. They are not born pink, but dull grey. The vivid colour is developed later, depending on their diet.

Flamingos feed on algae, larvae and brine shrimp, which are all rich sources of beta carotene – a red-orange pigment. After they feed on these, the enzymes in the digestive system break down the carotenoids in beta carotene, into pigments. These pigments are later absorbed by fats in the liver. The body then finds a place to deposit these pigments and in the case of flamingos, it’s their feathers and skin. And since their diet almost exclusively includes only carotenoid-filled delicacies, the coating of the birds turns from grey to pink effortlessly.

However, all flamingos are not pink. There are four major species of flamingos native to South America that are found in darker shades of red, tints of orange or crimson, while others are pure white.

Where Can You Find Pink Flamingos In India?

How Can We Help Them?

Increased human activities in the forms of water pollution, mining, inappropriate agriculture, etc. tend to lower the algae and other food items for flamingos, leaving them homeless. It is crucial that we start educating ourselves about sustainable lifestyle and practice it at an individual level, to restore balance in the ecosystem and help mother nature flourish.