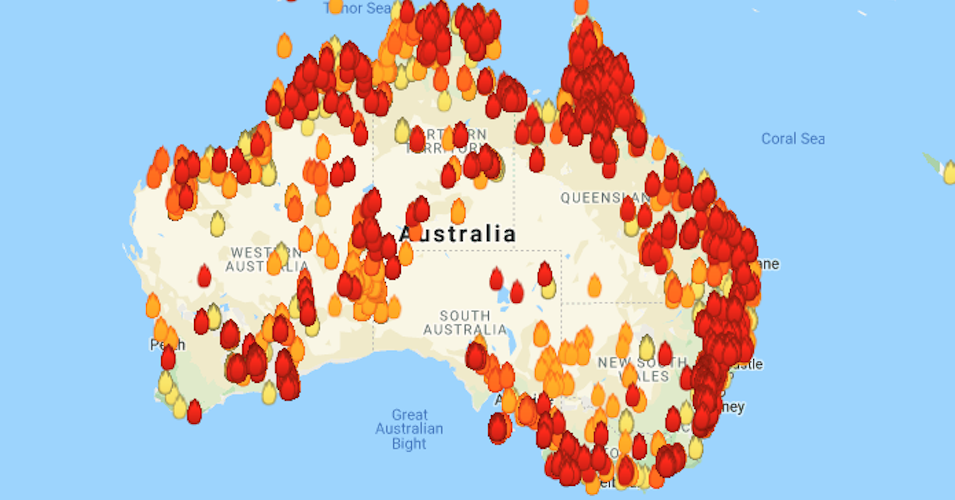 It has been around five months now, and Australia is still burning. Yes, it is burning in its literal sense. Thousands of acres of land has caught bushfire and more than half a billion wild animals are feared to have died. There are human casualties and there is massive loss to the property. Australia and we as a human race are probably facing one of the most serious and urgent climate issues at the moment, but unfortunately many aren’t bothering to spare even a moment for it.

Half a billion animals have been burnt alive and it still doesn’t matter to many. Where have we reached as a human race? If lives don’t matter, then what does? Money? Comfort? Lifestyle? Ideology? We have to understand that it is the environment that matters the most. And we have come to a stage in the history of mankind and most probably the Earth, where it is literally now or never situation for our survival.

Australia has a season of bushfires, but it has never been so massive before. Never so destructive. Never so all encompassing. If you have a look at the map, you will be scared. We need to act now. Because it is our actions that have caused this. It is the climate change that has literally blown these bushfires out of proportion.

If we don’t act now, we will be the creatures in place of kangaroos and coalas…